LG's unique door in door feature makes this a standout!

Overall: The new LG Door in Door French Door Refrigerator model LFX31945ST is now one of the hottest items on the refrigerator market.

LG unveiled this neat little gizmo at this year's Consumer Electronic's show in Las Vegas in January 2012. Since it hit the market, it's been a huge hit with consumers, even though it's MSRP is well above $3,000.00. 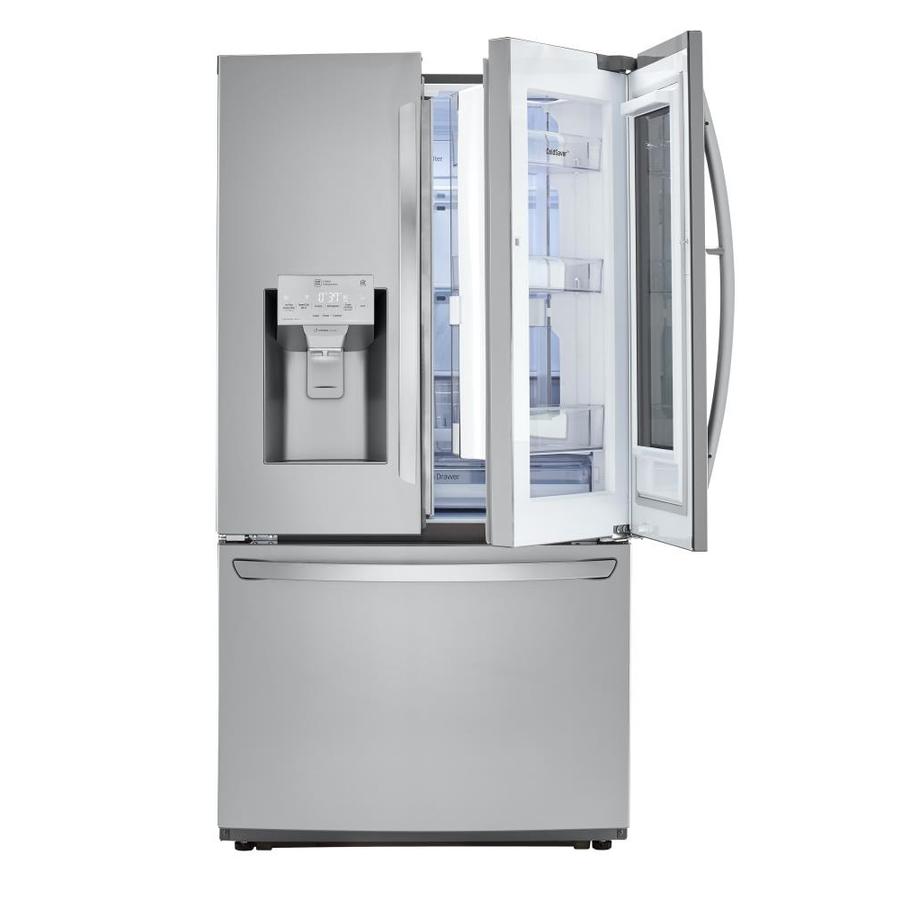 Notable Features: Obviously, the most notable feature of this refrigerator is its unique Door in Door design. (See the Video below for more).

The LFX31945ST has a panel within the front door of the refrigerator that allows you easy access to commonly used items (e.g., beverages, condiments, etc.), without having to open the entire front door.

This not only saves energy, but also saves you the frustration of having to look for something specific that might easily get pushed into the back of the fridge.

SUPER CAPACTIY This model has a 30.5 Cubic Foot interior making the LG LFX31945ST French Door Refrigerator the LARGEST fridge in its class.

Slim Space Plus Ice Maker The Slim Space is unique in the world of French Door Refrigerators. It gives you a powerful and fast ice maker, without the bulky mechanism that takes up a ton of shelf space.

After all, it seems to defeat the purpose of getting a french door refrigerator if you can't take advantage of the wide interior space!

Here's a little video showing the HUGE interior as well as the uniqueness of the door-in-door feature that makes this fridge such a huge standout.

What Makes the LG Door in Door Refrigerator so Unique

It's a relatively simple feature -- sticking a door within a door to keep commonly used items easily accessible. So, why are we so excited? Frankly, it's because we haven't seen this feature on any other mass market refrigerators.

Specifically however, we really liked how they managed to ADD the door within the EXISTING DOOR. Rather than having a separate little door which would detract from LG's sleek, modern appearance. Frankly, this is one of the best refrigerators (soon to be) on the market. (It's slated to hit the street March 2012.)

If this LG refrigerator isn't quite what you're looking for, you might want to consider some of the other french door refrigerators from LG. Many of which are affordable, energy star rated as well as quite sleek and modern looking.